Digital water levels use a 100 ft. fluid-filled cord connecting a base unit to a measurement module, as shown in Figure 1. The base unit is set up over an unknown benchmark, and all elevation data are relative to this point. As the measurement module is raised and lowered relative to the base unit, the pressure of the fluid changes and the device measures this change in pressure to determine the change in elevation relative to the base unit. Digital water levels are advantageous over other systems because a clear line of sight is not required to collect data.

Rotary laser levels use a spinning laser on a tripod at a constant elevation with a mobile receiver attached to a level rod, as shown in Figure 2. When the level rod is raised and lowered relative to the laser, the receiver detects the laser and the level rod's graduated marks are read. The laser is setup over an unknown benchmark and the difference between each rod reading and the height of the instrument is the elevation change at that point relative to the unknown benchmark. A rotary laser level is advantageous in busy or heavily trafficked areas because no cord is required, but a laser does require a clear line of sight to collect data. Rotary laser levels are typically more accurate than digital water levels.

Relative elevation surveys are completed for various reasons. The most common is to determine if a slab/foundation system has settled or heaved. Another useful application of relative elevation surveying is determining the profile of the landscaping or earthwork surrounding a structure to determine if the ground has adequate drainage and slope. After completing a survey, elevation contour maps are generated, as shown in Figure 3. These are useful for visually showing the changes in elevation. 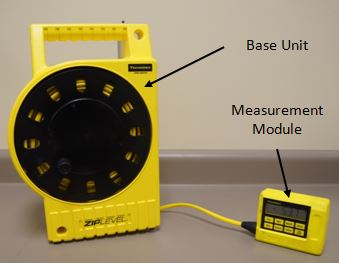 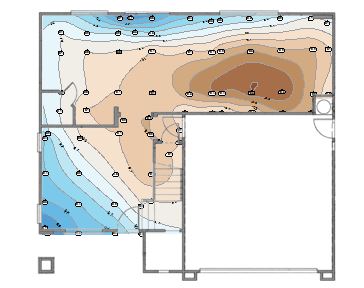 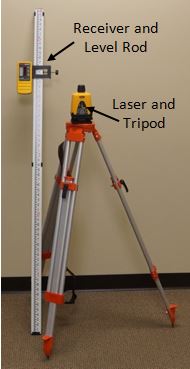