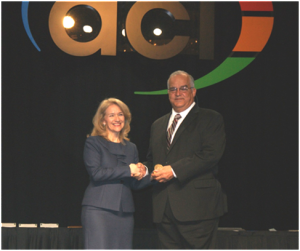 Ramón L. Carrasquillo, PhD, PE, has been a Fellow of ACI since 1993, and is currently Chair of the ACI Construction Liaison Committee, the Fellows Nomination Committee, and the International Conferences Committee. He is a member of ACI Committees 201, Durability of Concrete; 211, Proportioning Concrete Mixtures; 232, Fly Ash and Natural Pozzolans in Concrete; 233, Ground Slag in Concrete; 234, Silica Fume in Concrete; and 301, Specifications for Concrete. He is also a member of the American Society of Civil Engineers (ASCE) and ASTM International. 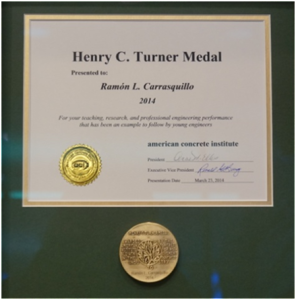